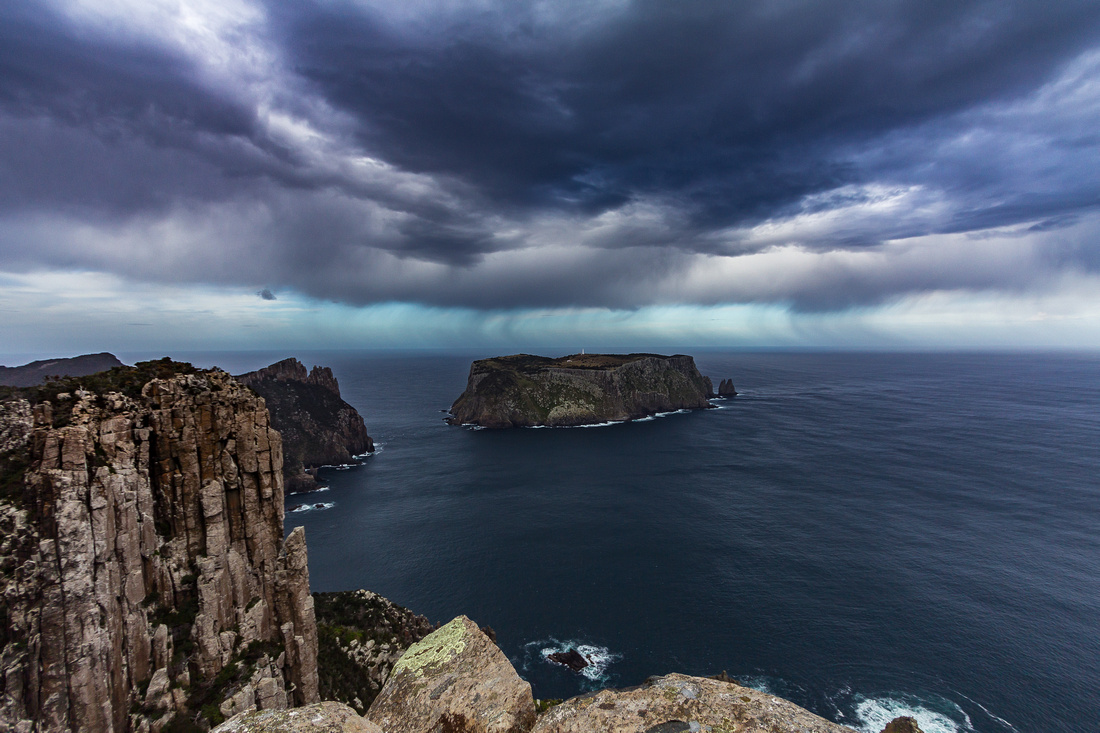 After a whirlwind trip down to Tassie with some mates a couple of months back, the Three Capes Track was a photographic itch that I knew needed to be scratched ASAP. When I heard that the prices had dropped from $495 to $250 during July/August, the decision was made. This is unique, wild and rugged coastline, and some of Australia’s most pristine natural environment. To put it plainly, it is stunning.

Whilst the track itself was previously accessible for campers only, Tasmanian Parks & Wildlife have created a wonderful 4 day 46km hiking experience that can only be described as world-class. The 3CT was officially opened in its current incarnation in Dec 2015, and Parks reports that the improvements have resulted in a drastic increase in the number of people taking on the hike. Mark my words - the full $495 price tag is absolutely worth every cent.

The most drastic addition to the hike is the inclusion of 3 incredibly comfortable hut precincts, at which you are able to rest your weary limbs after each day’s walking and exploring. The huts include cooking facilities (with utensils), wood-fire heaters in the common rooms, dining areas, board games and books, bunked rooms with memory-foam mattresses, and a host Ranger to answer your questions and provide you with background information on the region as well as the latest updates on the weather conditions (which is super important).

The fact that you don’t need to cater for tents or cooking gear in your hiking packs can’t be understated here – it saves a LOT on both weight and bulk! Other well-placed additions to the track include various checkpoints that correlate with a nicely presented guidebook, providing you with insights on specific aspects of the track and its formation, natural features, and information on the area’s rich convict history. There is far too much to describe, and far too many photographs to tackle this in a single blog post, so this is Part 1!

I really have to make mention of our driver from Pennicott Wilderness Journeys, who bussed us from Hobart Airport to the starting point of the 3CT at Port Arthur. We were the only 2 on the bus (being winter) and he showed us some great spots on the way (including Eaglehawk Neck, which is the narrow isthmus connecting the Forestier and Tasman Peninsulas), as well as providing a stellar introduction to the area - particularly for my American hiking partner Brenna, who had never been to Tassie. 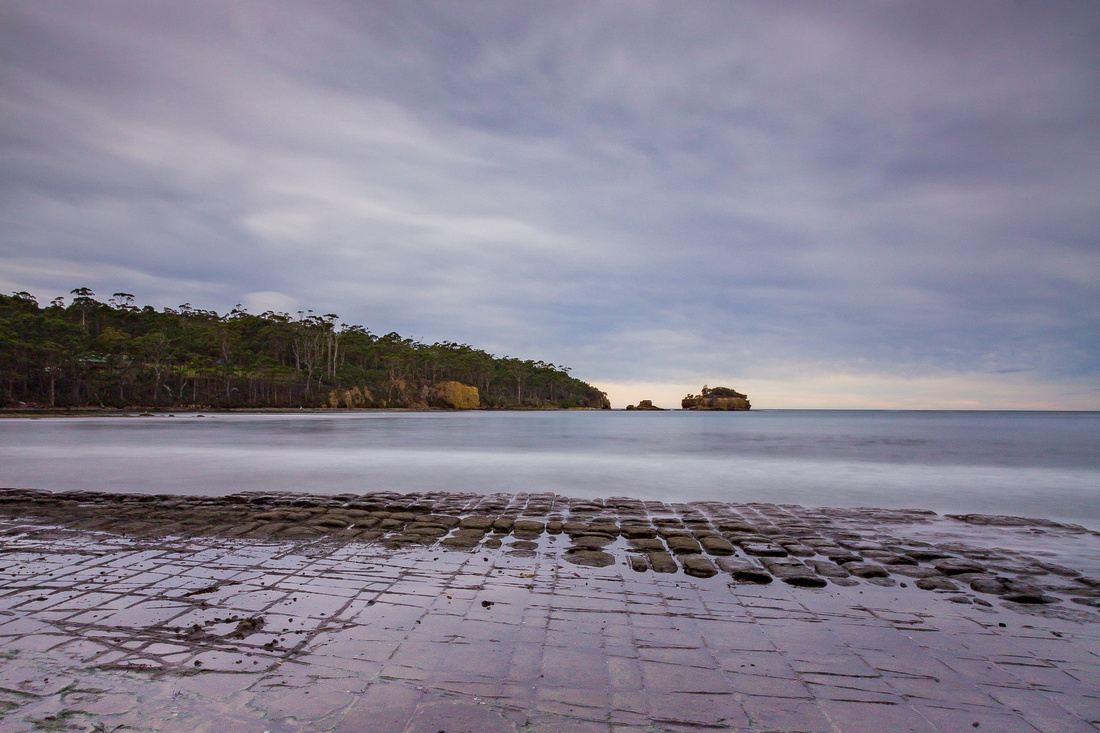 The awesome "Tessellated Pavement" rocks at Eaglehawk Neck, a geological marvel formed between 60 and 160 million years ago by faults in the Earth's crust, and further shaped over time by continued erosion from the relentless Tasman Sea 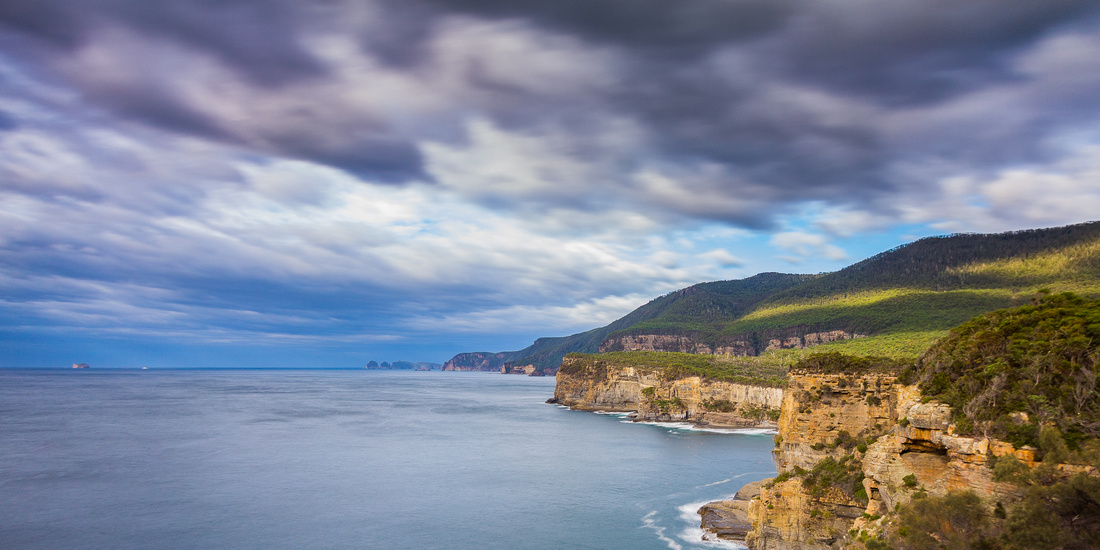 The view from Eaglehawk Neck looking over the Tasman Peninsula, with Cape Huay (our Day 4 destination) in the far distance

You start your adventure from the World Heritage Listed Port Arthur Historic Site, a place in itself that is well worth spending a bit of time at if you can. Port Arthur is a window into Australia’s convict history, and among the most significant convict era sites worldwide. Before you get used to your hiking legs, you’ll get to test out your sea legs with a 90-minute boat tour (also through Pennicott) prior to your drop-off at Denmans Cove. 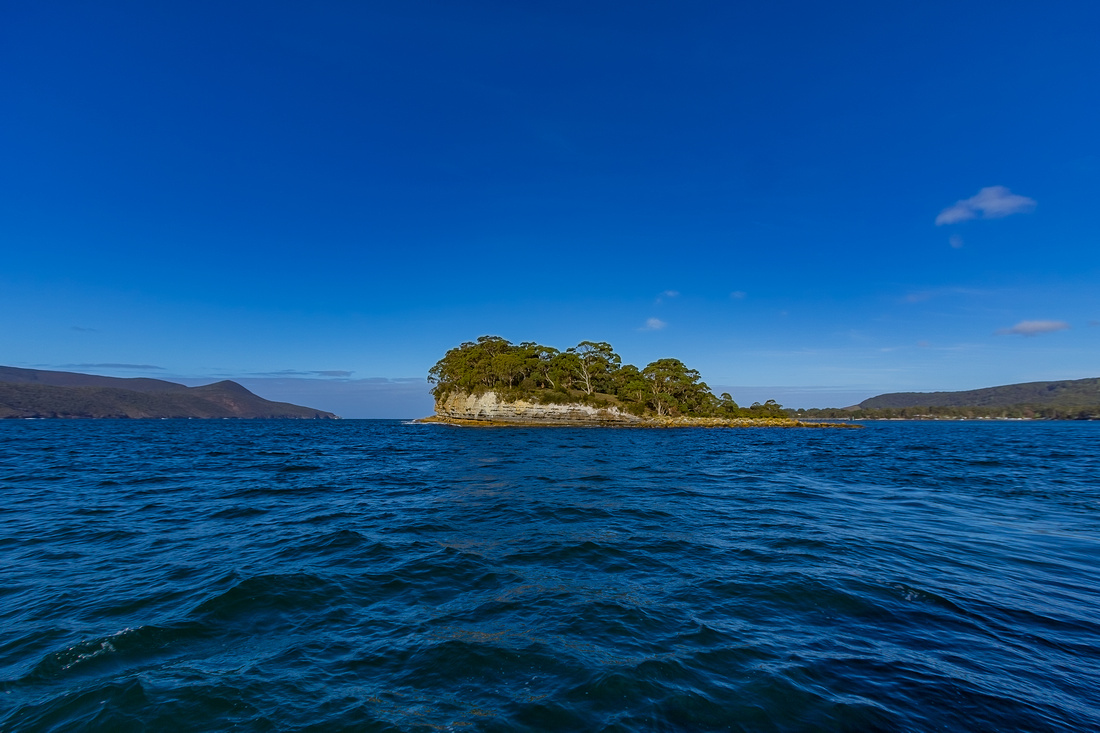 The "Isle of the Dead" is part of the historic Port Arthur convict settlement - between 1833 and 1877 over 1,000 people were buried on this island

Due to some recent wild weather, our launch wasn’t able to get right up on the sand, so with packs on and hiking boots hanging over our necks we waded through the crystal clear shallows to the beach. Jumping into crystal clear waters, soft sand underfoot, with a hiking pack over your shoulders, to enter a deserted cove on a remote peninsula and start your 46km walk… if that isn’t a perfect way to kick off an adventure then I don’t know what is!

To ease you into the days ahead, the walk on Day 1 is only 4km, and takes you into the Tasman National Park with stunning views over the waters of Port Arthur and towards Safety Cove. After a mild ascent you’ll find yourself in Surveyors Cove, which is a beautiful little cobblestoned beach and the perfect rest and snack-point before a gradual climb up to Surveyors Hut. 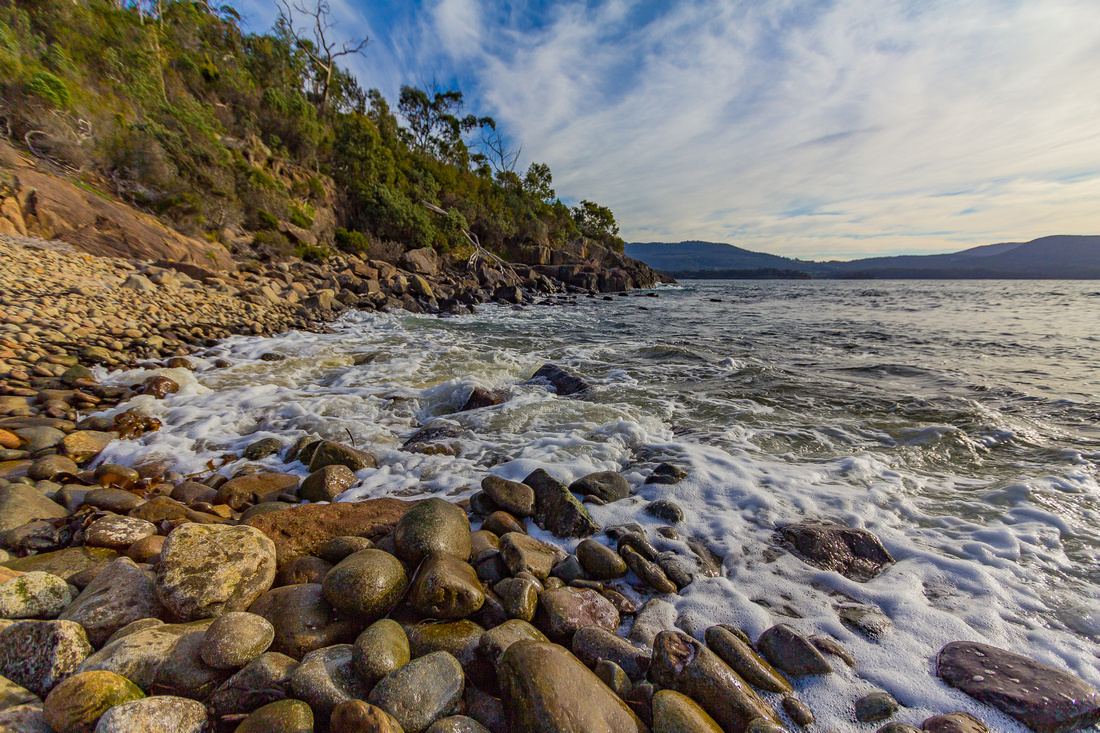 If you have done a bit of organised hiking in the past, I can only say that you will be blown away by the quality of the huts. When Surveyors materialised out of the forest I was beyond impressed. The architecture has been done naturally and incredibly tastefully, and the designs complement the natural landscape beautifully. 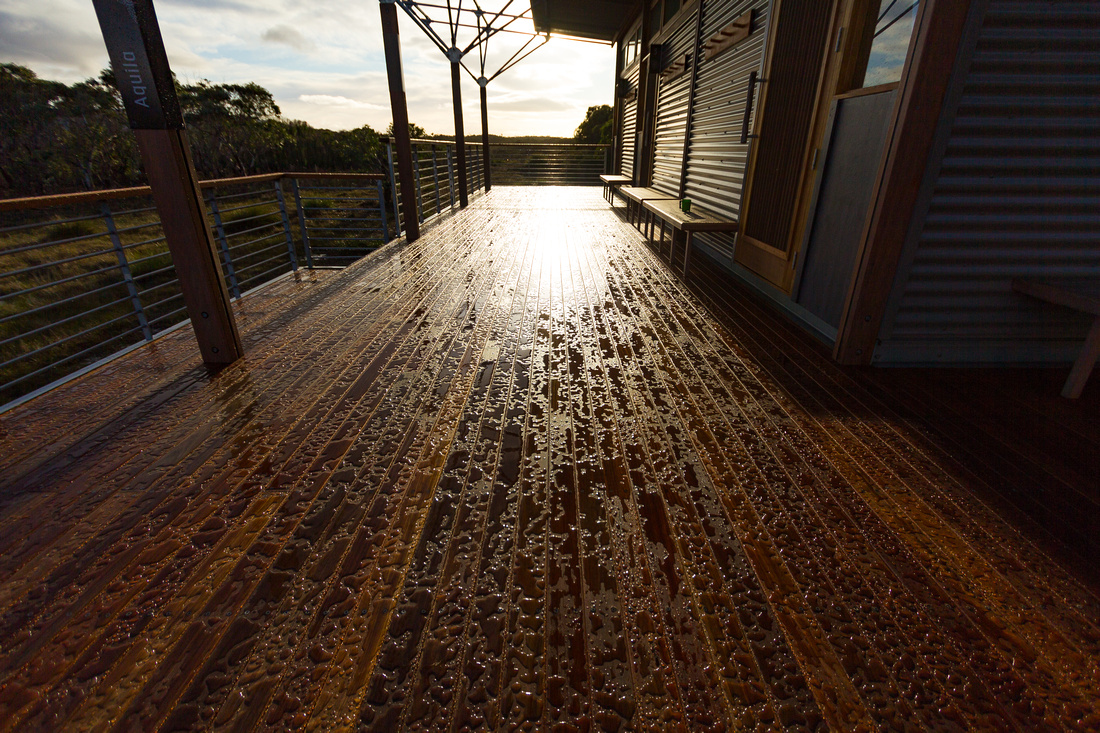 You’ll find tables/chairs and sun-lounges for the warmer months sitting out on a vast deck that gives you a direct line of sight across to the impressive Cape Raoul in the distance. When we arrived, the rest of the hikers were already well settled in to the common room with a fire blazing and hot drinks on the boil. What can I say? I take photos, and I stop to listen to animal and bird noises, and I take it all in – I was a nature nerd in my element, and in absolutely no rush…

Speaking of nature nerds, we had a couple of gorgeous Bennett’s Wallaby youngsters just grazing right next to the hut at dusk. Known on mainland Australia as the Red-Necked Wallaby, these guys are common residents on the Tasman Peninsula. 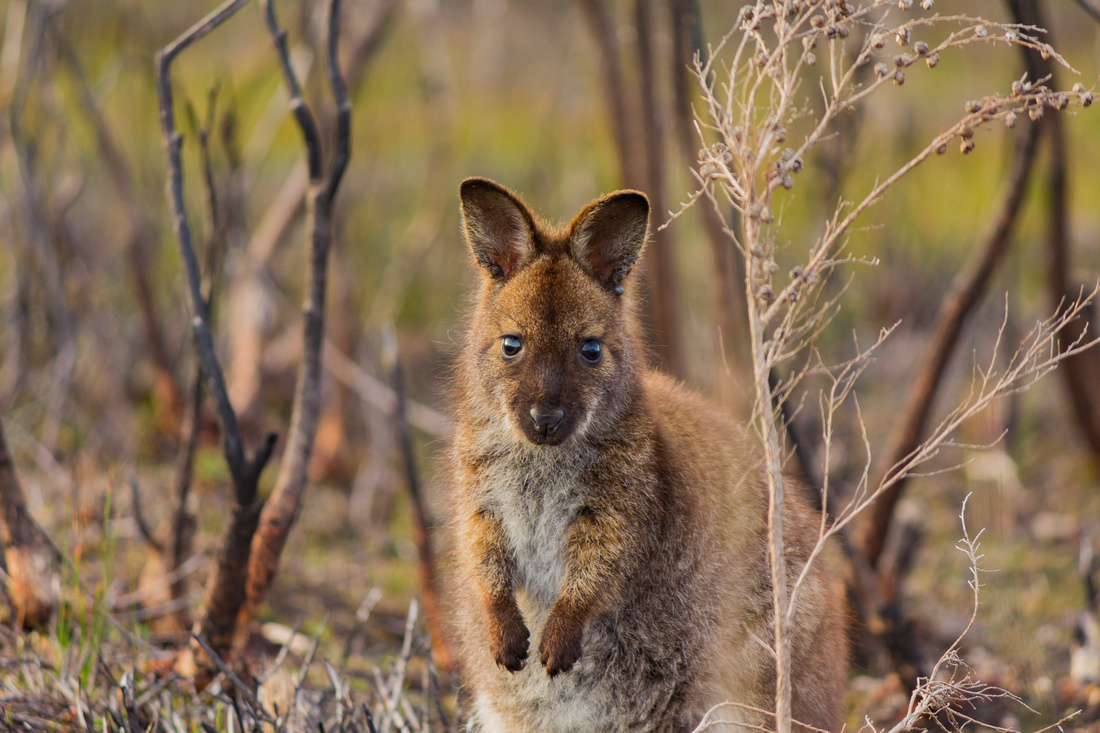 A young Bennett's Wallaby grazing near Surveyors Hut at dusk

Being an obvious glutton for punishment, we actually hiked 2km back to Surveyors Cove after dropping our main packs, on the potential promise of a ripper sunset that sadly decided not to deliver on this particular evening. Still, the serenity was intoxicating, the scenery spectacular, and Day 1 was but a taste of the adventure to come…

Big shout out to Ranger Jess, who was our host at Surveyors Hut - very friendly, incredibly knowledgeable and a great 3CT ambassador.

Stay tuned for PART 2, as we hit the track again for the next day’s 11km leg (which we naturally added an additional 14km on to, so that we could watch the sunset from one of Australia’s most jaw dropping clifftop ledges)! 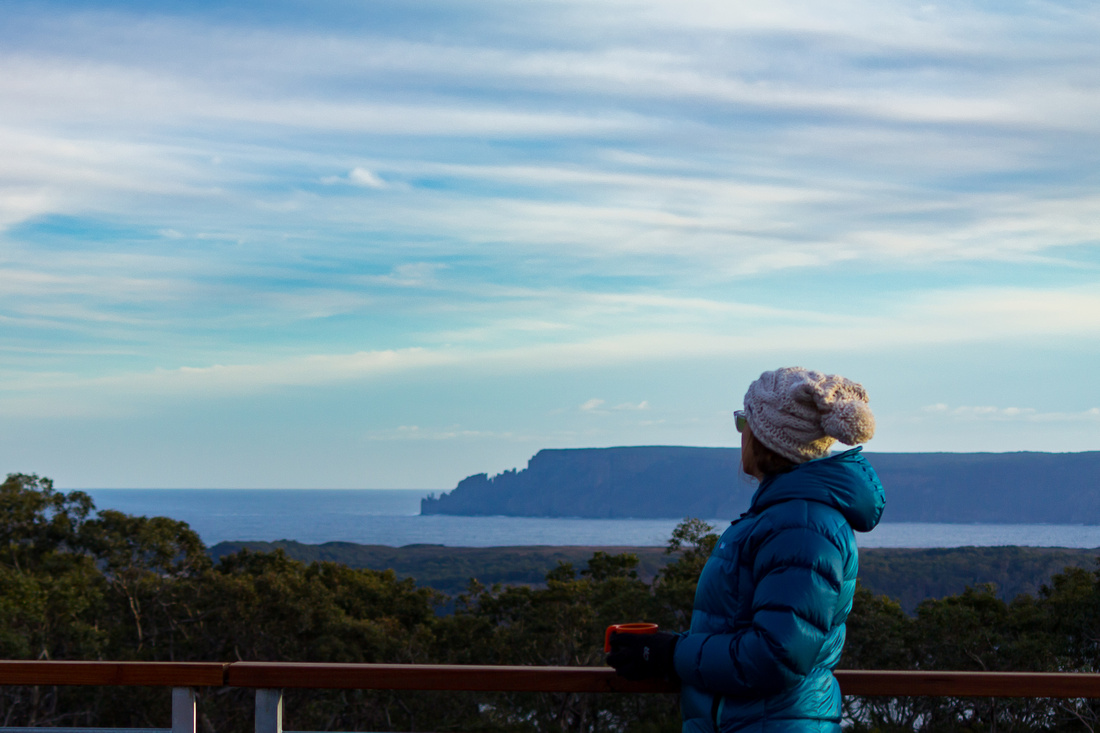 Morning coffee at Surveyors Hut with Cape Raoul in the distance​