The Victorian High Country is simply stunning, and Craig’s Hut is one of its most loved icons.

Craig’s Hut is one of a string of high country huts, and provides you with one of the most awe-inspiring views this country has to offer. In fact, Australian Traveller listed Craig’s Hut at #5 in their list of the 100 Best Views in Australia.

Unlike the other high country huts (which were built by Australia’s historic cattlemen for shelter whilst driving their cattle to the high plains for summer), Craig’s Hut was actually purpose-built for the cinematic adaption of Banjo Patterson’s legendary poem The Man from Snowy River in 1981.

The enormous alpine bush fires of 2006 burnt the original hut down, and a replica was constructed and re-opened to the public in 2008. You’ll need a 4WD to get right up to the hut by car, or you can park at the base on Circuit Rd and hike the last 1.2km. My Subaru Forester handled the 4WD part pretty easily, but the larger your clearance the easier it is. Circuit Rd is, I believe, closed at Telephone Box Junction during snow season. 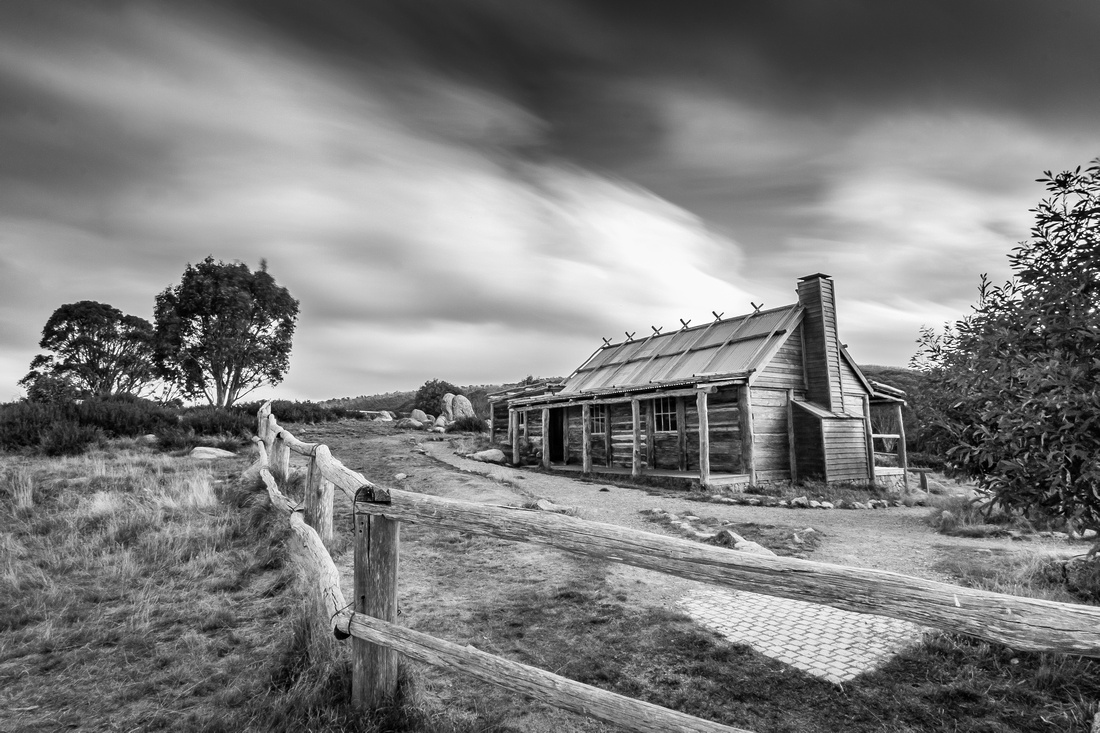 At the hut itself you will find fire pits for camping, which was handy on the night that I visited given that the mercury dropped to a crisp 2 degrees Celsius. There are additional camping grounds further down the track, but I opted to pitch a swag/bivy up top – and I had the entire place to myself for the night. Amazing.

Whilst the view during the day is jaw-dropping enough, watching a sunset here is just something else. I had incredible pastel colours with the last golden light of the sun reflecting off the hut’s windows as Jupiter rose in the clear alpine sky. 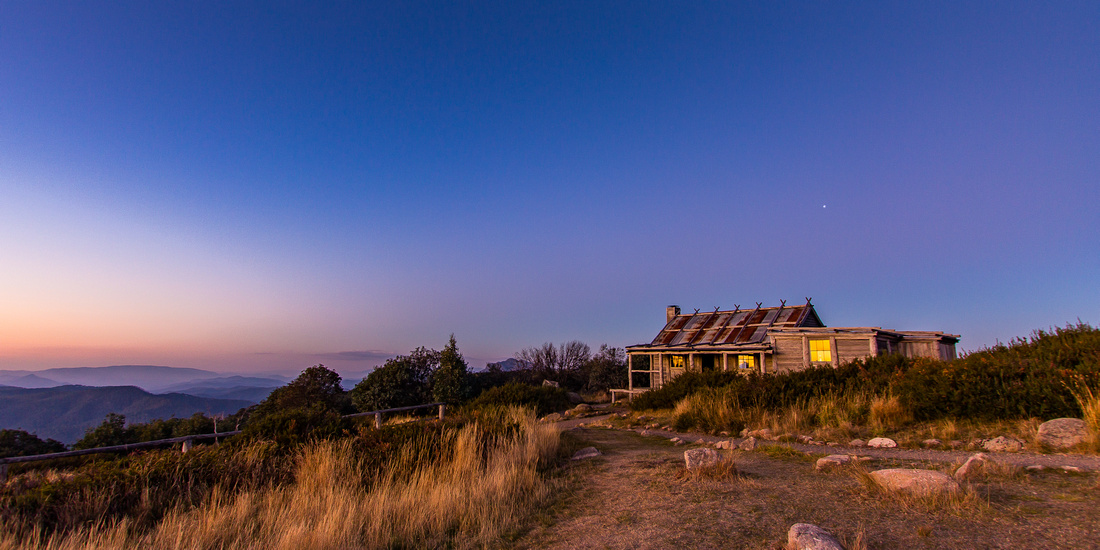 If you haven’t seen clear skies in the high country, you haven’t seen clear skies. The Milky Way was simply astonishing, and I managed to witness the galactic core rising over the hut at around 1.30am. The amount of detail visible to the naked eye is breathtaking, and as luck would have it there was also a comet visible (the aqua smudge just to the left of the core).

I shot the stars with Samyang's brilliant 14mm f2.8 lens. The clarity that this lens finds on the stars and Milky Way is the best that I have seen, and it's a lens that EVERY budding astrophotographer needs in their kit. 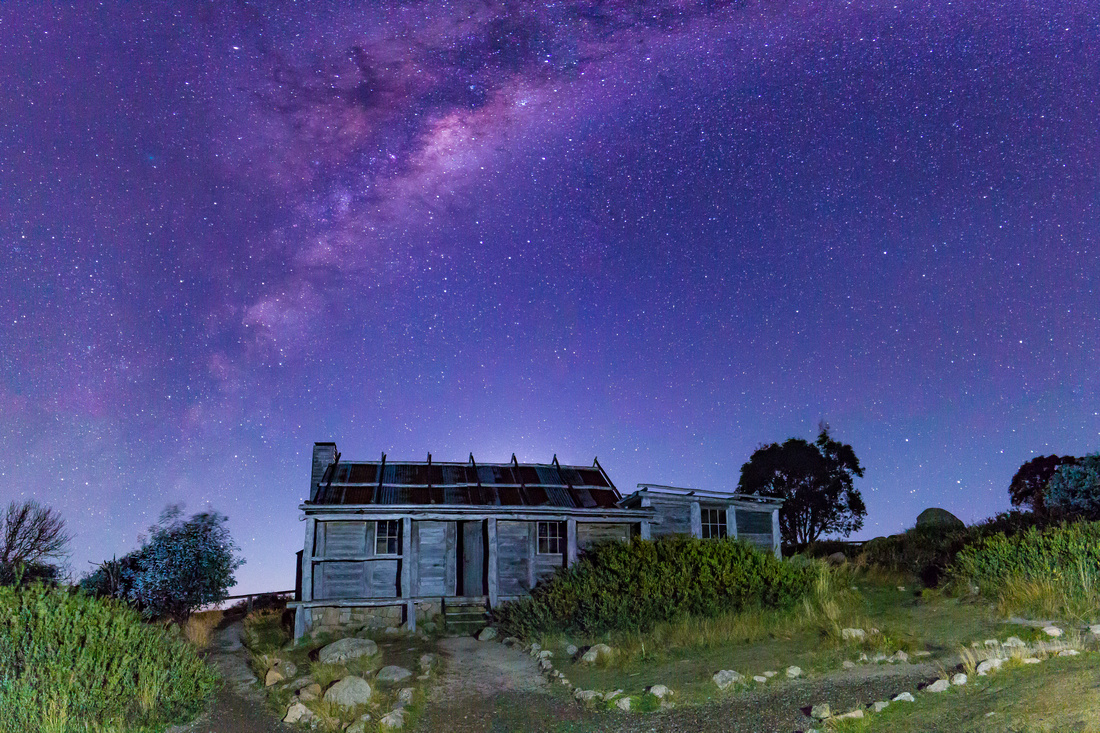 Sunrise was just as awe-inspiring, with low cloud drifting through the maze of valleys that stretch out below you as the Australian high country slowly fills with life and colour. I found myself taking far less photos than I expected to, because I just wanted to watch. Flame Robins chatter away and Kookaburras laugh as dew drips from the Snow Gums, and the feeling slowly starts to return to your fingers and you realise how lucky you are to be able to witness such a spectacular sight. 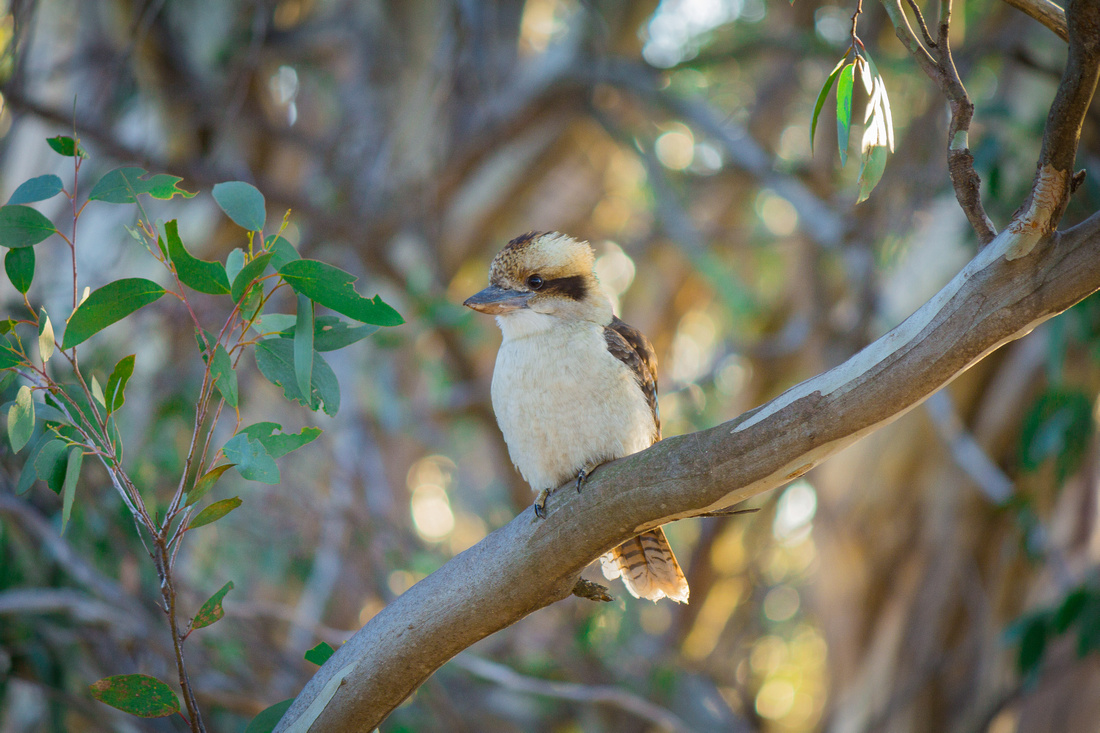 If you’re up at Mt Buller during ski season, you can take a helicopter flight over to the hut. Seeing this place with snow on the ground is absolutely on my list. Stunning place.

Tips – if you plan to shoot the night sky here, bring a lens warmer or something you can wrap around it. My lenses fogged up as soon as it went dark, but I was able to warm them up enough to be able to shoot the stars without any issues – I’ll be keeping them warm from the start next time. Bring a toilet roll (you’re on your own with nature when it calls), and make sure you take your rubbish with you, and leave this beautiful place exactly as you found it.